If you’ve been turned down by banks and other lenders, you may be considering a payday loan service to obtain extra cash. But you should know that payday lenders represent more of a DIS-service to borrowers.  How do you choose between “real payday lender,” “best payday loans” or “easy payday loans”? The truth is that there is no such thing as the “best” payday loans.  Nearly all payday loans share the same drawbacks: high interest rates, lump sum payment requirements and short repayment periods that often lead to an endless repayment trap.

Instead of wasting your time weeding through payday loans, why not try LoanNow. You’ll receive the privacy and convenience of an online payday loan with the manageable payments of a bank installment loan. LoanNow provides the cash you need without drawing you into the payday loan trap. And Our A+ rating with the Better Business Bureau means you can borrow from LoanNow with confidence! Before you risk being drawn into the payday loan trap, why not give LoanNow a try?

Don’t Be Fooled by a Payday Loan Service

A payday loan service often represents one of only a few options available for their borrowers, many of whom have damaged credit, limited income and few assets.

In contrast to banks and credit unions that conduct stringent credit checks, many payday lenders only look for evidence of a steady income and no prior defaults on other payday loans. Just like the commercials claim, your job is your credit.

Payday loans provide what seems like quick, easy money on the surface, but quickly reveal themselves to be financial traps.  Once approved, borrowers get cash on the spot from brick and mortar payday loan stores. Borrowers who apply online receive deposits into their bank accounts the next business day or even the same day.  Many borrowers breathe a sigh of relief because they’re able to pay the electric bill or get the car transmission fixed. But that’s when the clock starts ticking on both types of payday loans – which often turns out to be a financial bomb.

Once the repayment dates rolls around, which could be as soon as a week later, the payday loan service that previously seemed like a lifeline threatens to drown borrowers in an endless cycle of escalating debt.  That’s because when you calculate payday loan rates on an annualized basis, interest rates that seem almost reasonable are revealed to be positively eye-popping.  Some payday loans carry annual percentage rates well in excess of 1000 percent.  If you have to extend the payments on your payday loan, you could actually owe more than you originally borrowed even after making consistent payments on their loans for months.  Many borrowers eventually pay thousands of dollars to completely pay off a loan that initially totaled only a few hundred dollars.

And if you think that won’t happen to you, think again. In fact, four out of five payday loans are rolled over at least once, according to the Consumer Finance Protection Bureau. On average, payday loan borrowers take out 8 loans annually with repayment periods averaging less than 3 weeks, and remain in debt for five months of the year, according to a report by the Pew Charitable Trust. Not much service involved there.

Many So-Called Direct Lenders Are Not Lenders At All

In comparison to aggregators, direct lenders  are preferable, but not much. Many online payday lenders are based out of state or even out of the country, operating by the laws of their own jurisdictions, not yours. Tracking down these non-local lenders may be beyond the reach of the federal government, never mind your local attorney general or states attorney. 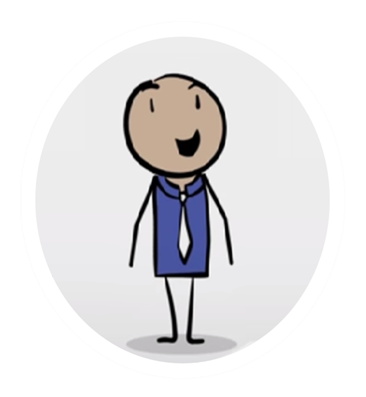 LoanNow is a Different Kind of Lender

But Unlike payday lenders who approve almost anyone who draws a paycheck, LoanNow uses a superior risk-based underwriting system. We consider your entire financial situation, not just your FICO score or whether you get a paycheck. we are often able to say yes when banks say no, while still maintaining lower default rates than payday loans. And our online-only ** system is designed to provide nearly all borrowers with a response within 24 hours. †

We also avoid the overhead associated with local payday loan stores through our online-based operations – and pass on the savings to you through interest rates that are often much lower than payday loans.  We also structure our personal installment loans  with manageable monthly installment payments, – just like bank loans.

But we don’t stop there. Instead of demanding payment in full within a few days or weeks, we structure our repayment terms with manageable monthly installment payments. And we say no to rollovers and early repayment fees that trap so many borrowers in the endless cycle of payday loan debt. Instead, we work with borrowers who fall behind to get back on track.

With LoanNow, we help you obtain the money you need now and help you re-establish your long term financial well being. Bypass the trap of a so-called payday loan service. Let LoanNow provide the extra cash you need to solve your financial problems now, and help improve your finances for the long term! Give us a try today!