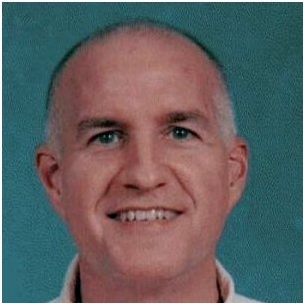 Going through divorce is hard and confusing enough without adding further debt and financial confusion.

Just ask Lee Borden of the website Divorceinfo.com, who used to hand out up to 35 pages of information sheets on the ins and out of divorce A DAY back in the early days of the internet.

Since then, Borden has amassed all that knowledge and experience into one authoritative source to clear up all the confusion and make a divorce as painless as possible.

Lee Borden took a moment to tell us about the site, and share some expert guidance on what divorce can mean for your loans and outstanding debt.

How did Divorce Info get started? What inspired you to start the website in the first place?

I launched Divorceinfo.com in December of 1996 using something called the “Internet.” Honestly, I was there. I remember we said stuff like that then.

My original goal for the site was modest; I was at that time operating a small law practice focusing on divorce mediation and cooperative divorce. In connection with my law practice, I was printing and giving away about 35 different “Information Sheets” about the various issues around divorce and separation in Alabama, and I was looking for a way to cut down on my printing costs. I put the Information Sheets up on the web site and almost immediately began hearing from people I didn’t know who had found the sheets on search engines like WebCrawler and Lycos (Google had launched in early 1996 but was virtually unknown during the early days of Divorceinfo.com).

I’m proud of what Divorceinfo.com became in those heady early days of the Internet: a site that found an eager audience by speaking with compassion and good humor about a subject still considered by many to be taboo and shameful.

What are some of the different areas that you help people who are divorcing work through?

The main struggle people confront in divorce is not the legal issues; they’re usually pretty simple. No, the main struggle tends to be the emotional content that pops up, then subsides, then pops up maddeningly again when we thought we had put it behind us. The one area where I spend most of my time is helping divorcing couples to understand how normal this is and to learn to cope with it as they negotiate.

Beyond that, I work to help people put the economic issues of divorce into perspective. It’s not unusual, for example, for people to spend more money fighting about an issue than the issue is worth in dollars. Divorce lawyers are happy to oblige, but it never makes sense for divorcing spouses to do that.

The categories of expenses after divorce are almost exactly the same as they were when the couple was married and living together; it’s just that the same money that supported one household now has to support two. It’s important for people going through divorce to calculate while they’re negotiating what it’s going to cost them to live when the divorce is complete. It’s possible, for example, that owning the marital home after divorce would be a financial albatross that needs to be avoided, because there usually are a host of expenses involved in maintaining a house. If I realize while negotiating that I cannot afford to own the house after divorce, I can shift my priority in negotiation to other issues.

During a divorce, what happens to loans that a couple took out while married? How is that responsibility split up?

I generally encourage people going through divorce to get disentangled as quickly as possible. Among other things, this means we want to minimize the extent to which either party is responsible for paying the debts of the other. It’s just natural that a debt I owe in my name gets more attention than the one in my ex’s name that I’m supposed to pay. That having been said, sometimes it’s inevitable that one party ends up with the responsibility to pay debts owed by the other. In these cases, my focus is to (a) shorten the term of the duty as much as possible, and (b) clarify the remedies available to the party owing money if the debt their ex is supposed to pay becomes delinquent.

For people who are recently divorced or about to get divorced, what are some reasons someone would want to get that debt paid off as quickly as possible? Do you have any advice for doing so?

Sure. The same advice your grandfather gave your father: pay it off as quickly as possible by (a) selling assets you don’t absolutely have to keep, (b) paring down your expenses to what you and your children absolutely must have, and (c) take a second or a third job and use everything you make to pay down the debt. Nothing beats the pleasure of watching your debt drop!

You also wrote a post about debts in divorce where you talk about some of the risks in taking out a loan during or right after a divorce. What were some of these things you warned people about? What should people be on the lookout for?

When I’m divorcing, I’m in crisis. I don’t think as clearly, I don’t remember as well, and I don’t process information as well. So it makes sense that I should avoid making long-term decisions during divorce to the extent I can. Also, many people who have recently divorced end up with money troubles they didn’t anticipate; so it makes sense to avoid taking on any new obligations immediately after divorce – at least until you have confidence that you’re going to have enough coming in to get by.

Similarly, for people who are recently divorced or about to get divorced and absolutely have to get a loan, what are some things they should look out for? Can you give an example of what a good interest rate might be?

I’m one of the last people you should consult about what interest rate is appropriate this month. There are plenty of smart people who do a great job keeping up with that on a daily business. Most people who think they must get a new loan while divorcing are mistaken. So my advice would be to ask yourself repeatedly what alternatives are available to taking on a new loan. For example, it’s far better to change your standard of living so you can afford to live on less.

For folks who are still married, can you give some reasons why staying on top of your finances can help keep your relationships smooth and going strong?

Sure. People who live well within their means are under less financial stress, which makes it easier for both spouses to relax and enjoy each other’s company.

For more updates from Lee Borden and Divorceinfo.com, connect with him on Linkedin.