You are here: Home / Interviews / Expert Interview with Charles Sizemore on Saving More

The most common mistake Americans make with their money is not saving enough, says Charles Sizemore, principal of Sizemore Capital Management. 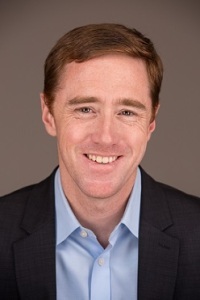 Often, having a regular paycheck lulls us into complacency and almost encourages us not to save for a rainy day. And that works fine, right up until some major, unexpected expense comes out of the blue and forces us to borrow.

“There is nothing wrong with borrowing money in the event of an emergency, of course,” Charles says. “But doing so can start a vicious cycle of borrowing that is very hard to break.”

Avoid the cycle by being disciplined, living just slightly below your means, and keeping a cushion of cash savings on hand for emergencies, the CFA advises.

We recently checked in with Charles to get his take on the biggest finance issues facing families. Stick around to read more of Charles’ advice on managing your money and conquering debt.

Can you tell us a little about your professional background and area of expertise?

After finishing graduate school at the London School of Economics, I worked for several years under money manager and financial newsletter writer Harry S. Dent Jr. before deciding to go solo in 2010. As for areas of expertise, in recent years I’ve been focusing on income-producing stocks, real estate and overseas markets. From my time at HS Dent, I’m also a student of demographic trends and how they relate to interest rates, economic growth and the capital markets.

What are the smartest financial decisions we should make?

I really can’t emphasize how important it is to save money. Virtually all other major financial decisions we make – buying a home, starting a business, investing for retirement – first require the existence of cash savings. Without savings, you cannot make a down payment on a house, finance a new businesses or buy a single share of stock; you’re sitting on the sidelines while your friends and neighbors are getting ahead. Step one – before you do anything else – is to save money.

What advice can you offer individuals and families loaded down with debt on managing it? What are your favorite methods for paying down debt?

Debt can be paralyzing. When confronted with rising debts, it’s easy to get overwhelmed with a sense of hopelessness and do nothing. And unfortunately, there are times when a debt load becomes unpayable and the only way out is to file for bankruptcy protection. But this is not something I recommend for the vast majority of borrowers because it ruins your credit, it carries an ugly social stigma and doesn’t eliminate all of your debts. For example, any debts you owe the government – such as IRS taxes or federal student loan debt – are not discharged in bankruptcy. And frankly, I consider bankruptcy the coward’s way out. If you’ve had a catastrophic setback, such as a major illness or the death of spouse, then there is no shame in filing for bankruptcy. But for the rest of us, there most definitely is shame in bankruptcy, or at least there should be.

The first step in getting debt under control is to stop adding to it. Cut your current expenses down to the point that your paycheck easily covers them. Next, prioritize. Higher-interest debts should be paid back first or rolled over and consolidated into something with a lower rate. After that, it becomes an exercise in lining them up and knocking them down one by one. Dedicate all free cash to eliminating one outstanding debt, and then once paid off, repeat the process on the next debt. It’s a long process but very doable if you keep the long-term goal in mind.

What are some common and not-so-common ways we can save money to put toward paying off debt?

You don’t have to live off of ramen noodles and water or live like a pauper. But living just slightly below your means allows you to start accumulating savings. In practical terms, this might mean renting a slightly smaller apartment, buying a used car rather than a new one or scaling back your cable TV package.

Don’t be embarrassed by cost cutting. Embrace it. Make it a family activity.

What are the worst things we can do when it comes to managing large amounts of debt?

The worst thing you can do is nothing. Interest compounds. That’s fantastic when it’s working for you as an investment, but it is fiscal suicide when it works against you as a borrower. Doing nothing puts you on the wrong side of compounding.

Along the same lines, attempting to pay back debts without a good game plan in place is a major mistake. Hey, any debt repayment is good debt repayment, but doing it right and prioritizing by paying back the higher-interest loans first can massively speed up the process.

In what situations do you think it’s OK to take out a personal loan?

As a general rule, I think it is perfectly fine to borrow for a home mortgage, for a car or for educational expenses. But even here, it pays to be modest. Don’t buy more house than you need. An expensive mortgage is a financial albatross around your neck that limits your disposable income every month. Likewise, be smart with car purchases and buy a quality used car rather than a new one if possible.

And with student debt, don’t be too idealistic. There is this idea that you can’t put a price on education. But realistically, you have to. Before you rack up debts that you might still be repaying decades later, do the cold hard math. Look at what graduates with your major earn on average. If a degree from your dream school does not realistically mean a larger salary than the less prestigious school across town, you might need to rethink your education plans.

I also think that, in some cases, it’s reasonable to borrow for major appliance purchases. Just don’t let the allure of cheap financing seduce you into buying more than you really need.

Finally, I think it’s reasonable to borrow money to start a business. But again, be reasonable and understand that even if the business fails, the debts remain.

What do we need to know before taking out a personal loan?

Watch out for rate resets. Often times, a credit card will offer a low promotional rate that resets to an astronomical rate once the initial period ends. To the extent you have to borrow at all, try to keep your loans fixed.

What types of loans would you advise we avoid? Why?

There is really no reason to ever carry a credit card balance. Unless you are having some sort of emergency, eliminate all non-secured debts such as credit cards.

What are signs that a particular type of loan is risky?

Really, all loans are risky. But I would say that variable rate loans are the riskiest because you have no real way of knowing what your liability will look like from year to year.